As I am arranging plans for my summer I thought it would be a good time to create a post on the best places to travel solo to help provide myself and others some much needed inspiration. (This was also written on blue Monday- it hit me hard).

The USA is one of the best destinations for solo travellers given its diversity in terms of geography. In other words, The USA really does have something for everyone – pardon the cliche! Skiing in Montana? Check. Surfing in LA? Check. City breaking in NYC? Check. Pair this with the classic American friendliness and a bit of Southern Hospitality and it’s no surprise that The USA saw the biggest number of bookings from solo travellers in 2017.

The land of the free can be rather expensive to visit but luckily we have some top notch hostels that will help push the pennies even further! 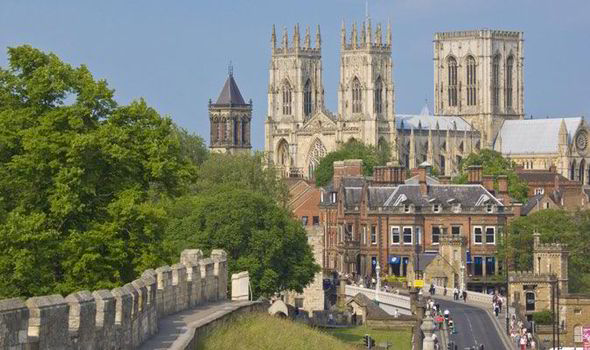 So old chaps, second on the list of places to travel alone is England, with London being our highest booked solo travel city of 2017. Travellers head to London for that quintessential British experience. Red buses, black taxi cabs and a trip to Buckingham Palace to say hey to Queen Liz. Travellers also head to London to experience curry on Brick Lane, a pint in a traditional pub and some of the best nightlife in Europe.

Every city in Spain has a distinct and vibrant culture, meaning that you can spend months embarking on an epic Spanish city-crawl and never get bored. Although each city has its own unique feel, there’s one thing that connects them all: Spanish food is out of this world – seriously! Indulge in Tapas and Spanish wine until you’re sleepy enough to slip into a siesta, dreamy right?! 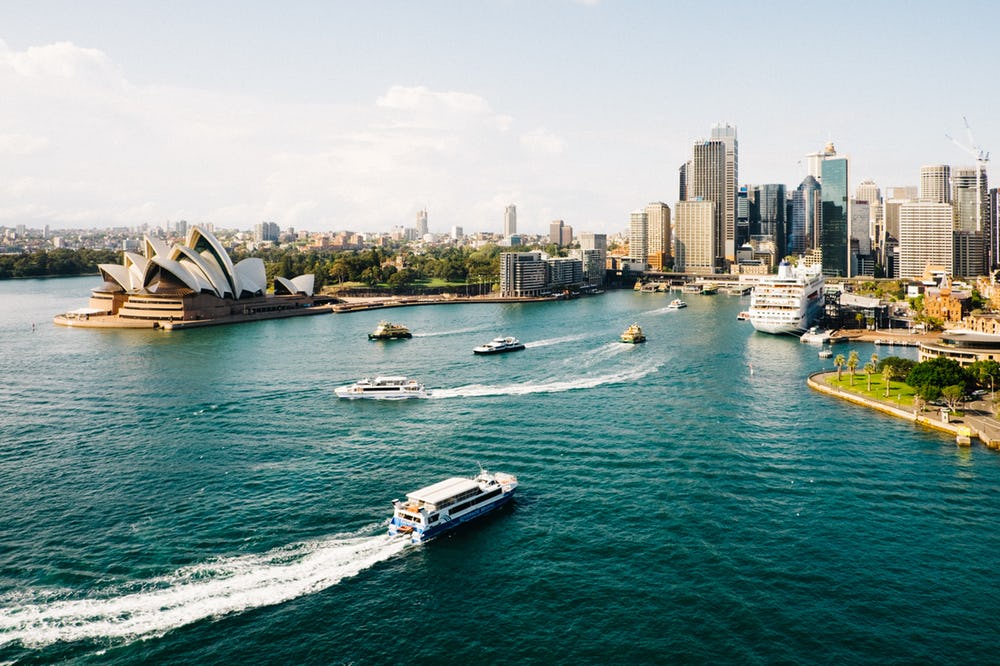 Perhaps one of the first destinations that comes to mind when you think ‘backpackers’ and ‘solo travellers,’ it’s no wonder that Australia made it into our top 5 most booked countries by solo adventurers last year. Think awesome hostels, tanned surfer dudes, and some of the best diving spots in the world (just try not to think about a finned friend swimming below you!), Australia is almost a rite of passage for any seasoned backpacker. Often a port of call for solo travellers looking to work abroad and with friendly locals ready to offer tips, Australia is definitely one of the best places to travel alone. 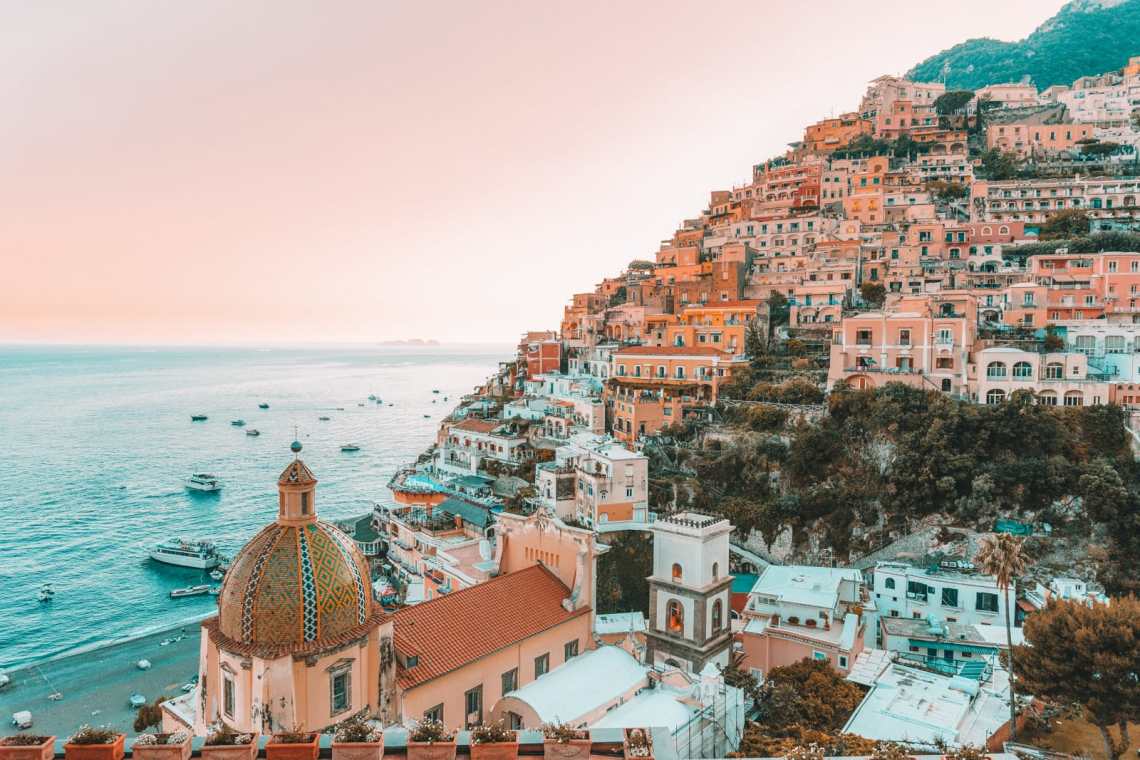 Sure, I could tell you about the classic beauty of Rome’s architecture, the fairy-tale-esque cliff hugging houses in Positano, or the enthralling history of Pompeii and Herculaneum, but I know what you’re really looking for from a trip to Italy… Food, glorious food. Widely considered the centre of the carb universe, Italian food is globally renowned, and you’ll get the best quality straight from the source. Avoid the tourist traps and instead ask the hostel staff for insider tips on where the locals eat and PLEASE, for the love of Cheesus, head to Naples to try pizza in the city where it began.

Thailand is a top destination for first time solo travellers, enticing in thousands of backpackers year on year. Bangkok serves as the gateway to South East Asia making Thailand a natural first stop on your travels. Having said this, Bangkok itself is a sight to behold and you’d be foolish to skip over it. Giving NYC a run for it’s money as ‘The City That Never Sleeps,’ Bangkok is loud, chaotic and sinfully exciting.

If you’re more of a beach boss than city slicker then it’s the islands for you my friend! With literally hundreds of islands to choose from, do some research before you head out and decide if you want a raging party island or secluded beach. Whatever you decide, be prepared for astounding beauty, white sands, cool beach bars and wicked snorkelling spots.

Known for its beer, bratwurst and the best (and most exclusive) nightclubs in the world, Germany is a perfect destination for travelling solo and meeting fellow backpackers. In summer, Berlin is essentially one massive beer garden with locals and travellers alike sharing a stein of the cold stuff.

Berlin’s notorious nightlife scene is unrivalled in Europe and club bouncers are known to favour individuals and smaller groups, so you’ll have no trouble getting in as a solo traveller.

Asides from clubbing, Berlin is famed for its street art, day festivals and grungy aesthetic – prost!

Flashpackers and chic travellers looking for a classy break flood to The City of Love to sample the fashion, culture and style mastered only by Paris. The only city for the hopeless romantic, aspiring poet or art enthusiastic, Paris enjoys a steady about of bookings from solo travellers yearly.

Once you’ve fallen head over heels for Paris, head to the stunning French countryside or the gorgeous beaches in the South of France. Maybe you’ll even spot a rogue Celeb hunting for their new yacht! 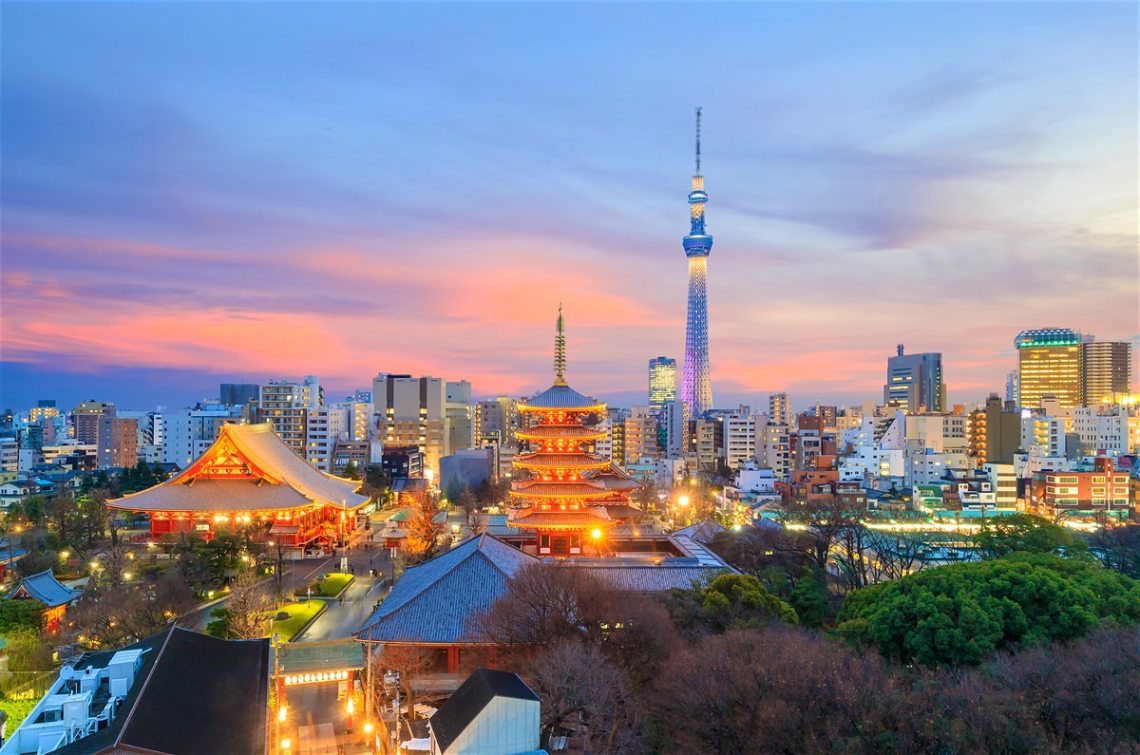 Visiting Japan feels a little like taking a trip into the future with their insane technology, huge modern cities and space-inspired pod hostels. The bright lights of Tokyo are as exhilarating as they are overwhelming, and the street food is truly sensational.

Japan is also a country of unspoiled nature and centuries old tradition. Visit the gorgeous temples and be awe-inspired by the postcard perfect Mount Fuji. With efficient transport and world class hostels, Japan is one of the best place to travel alone on your next adventure ridin’ solo.

The Netherlands is a truly wonderful country with some of the friendliest people in world ready to welcome you on your solo visit. The home of gorgeous tulip fields, winding canals and, of course, legalised marijuana, Amsterdam will forever be one of the best places to visit in Europe. For whatever reason, you may be a little more – err – laid back than usual while in Amsterdam, making it the perfect city to go alone, meet new people, and be open to new experiences.

Published by The exploring teacher

I am a Junior School teacher in sunny old England currently building a new app called x marks the ___. X marks the ____ is a new way of blogging and sharing experiences. I'm looking to build a great bank of stories and pictures of peoples journeys around the world. The end goal is to produce an amazing app that will help travellers, backpackers and just your average holiday goer to book and plan a trip all in one place based on your pictures and personal reviews. View all posts by The exploring teacher